The Type 45 Destroyer, Daring (or 'D') Class, is the UK Royal Navy's state-of-the-art air defense destroyer. The class not only provides a step change in military capability, but also truly represents a landmark in power and propulsion with GE’s integrated, full electric power and propulsion.

Enabling the backbone of naval air defense
The Type 45 Anti-Air Warfare Destroyers will provide the back bone of the Royal Navy's air defenses for the first half of the 21st century, replacing the ageing Type 42.

With state-of-the-art radar, weapons and electric propulsion she is billed as 'The world's most advanced warship'. Six of the class are built; the first of class, 'Daring', was launched in 2006 followed by the next five ships: Dauntless, Diamond, Dragon, Defender and Duncan.

With demanding mission scenarios a wide range of speed profiles and deployment of energy-hungry mission and defense systems, the challenge was to bring a novel and integrated approach to provision of power across the ship’s systems.

The Decision-Making Process
A decision conference to review the various propulsion systems proposed for the Type 45 was undertaken by the by the UK MOD with GE's Power Conversion business and other UK industry. The review compared the COGAL (Combined Gas and Electric) system with more classical fits as well as Integrated Full Electric Propulsion (IFEP).

The direct drive IFEP with fixed pitch propellers was selected as the best option in terms of through-life costs, performance and risk, recognizing the fact it would be by far the highest power, most compact, militarized IFEP package to go to sea. 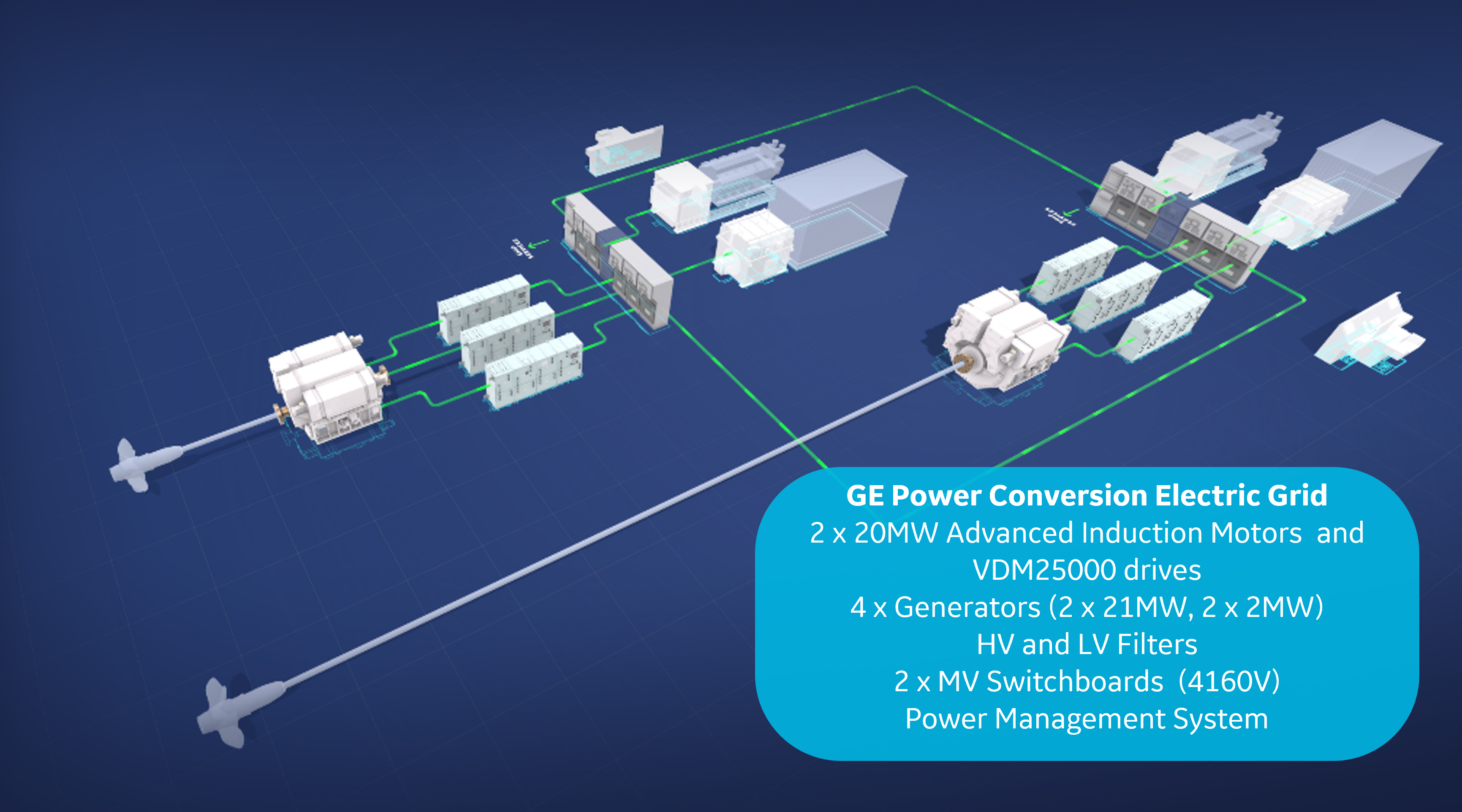 A well-coordinated set of de-risking events formed part of Power Conversion's delivery under the Type 45 Contract. This included full power characterization of the propulsion system in a back-to-back test undertaken in 2004 in Power Conversion's factory, and a comprehensive PMS/EPMS combined test.

HMS Daring undertook her first sea trials in July 2007 and with an initial design target of 28 knots, the ship soon comfortably exceeded 30 knots and was proven to reach top speed in little over two minutes from a standing start, an outstanding performance for a ship of this size.

Enabler of the ship’s mission: